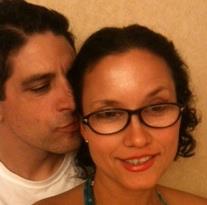 Last weekend we performed at an art show before we headed to Grapevine and The Gaylord Texan to celebrate our twenty years of marriage. Another guys at the art show said, "Yeah I made it twelve years, only to get down the road with someone else and realize I was dealing with the same #$%# with someone else. Congrats!" When we told our friend Aurelia, she squealed, "Congratulations on fourteen happy years!" And we laughed, for real.

Fourteen out of twenty isn't bad. At least to my knowledge.
I was crazy and controlling after we had Chaz and Chris was pretty clueless  and selfish. It was a rough start.
It took us an evening at the Gaylord to stop the spinning from our everyday world. Our second day there, we lounged professionally, and stared at each other, and were a bit gluttonous on all levels, and enjoyed being one flesh. It is not always easy to cherish the iron who is sharpening you. Opening your eyes to your short-falls just by existing in the same house with you.

We always used to think we were opposites, but our eyes are being opened a bit on that subject. We seem to be very different personality-wise, but as we get older we see more of a variation of similarity.

We both love parties, but only for awhile, before we are overwhelmed and find a quiet place to talk to just one or two people or take a nap:)

We both like really good stories, but he exaggerates to make his better, and is GREAT at telling them and I write fiction AND I let you know it is fiction and want you to read it:)

We both like to fish. Period. He's better at it.

We both like to play pool. I'm better at it.

We both love to create things. Chris makes music and art. I write poems and stories.

We have never NOT been attracted to each other, even when we were attracted to other people. (Don't kid yourself into thinking this doesn't happen.)

We are both insanely jealous. This has lent itself to the high-school quality of the first ten years of our marriage.

We are both very physical.

We both love God and have a messed up way of showing it.

We don't give up and the benefit of that has increased ten-fold.

Even though we have both tried really hard to STOP loving each other, so we could move on to what the world would call, BETTER things, we were unsuccessful.

You know that Marilyn Monroe quote- "I believe that everything happens for a reason. People change so that you can learn to let go, things go wrong so that you can appreciate when things go right, you believe in lies, so you eventually learn to trust no one but yourself, and sometimes good things fall apart so better things can fall together."

We have changed. AND we did let go of many things, and we have moved on. AND things did go wrong.  AND we have been untrustworthy. Things have fallen apart for us, more, than once, twice, three times even. AND better things did fall together. AND we just kept loving each other all the way through to twenty years and counting.

I thoroughly enjoyed reading this. It's good.

What a beautiful post full of wisdom and truth my friend! I love your writing. We don't have to wait for another reunion to catch up, you know!

Word! That cracked me up! Your right Julia. I wanna come hoop with you soon. Thanks for reading and the compliment Katie!