Poetry Club on the Road to SouthBy

Some girls I know talked me and another mom into heading to Austin for South by Southwest. On the drive down we read some poetry by Jack Myers and Fatima Hirsi.
The girls chose a line from one of Fatima's poems to use as as a spring board to write their own.
Here are their offerings:
Skin like the moon melted into the sun
Touched the roughness of my fingertips and my body fell
Folding itself nearly on the floor
I wanted to organize my
mind sets but the frenzy of the idea of living of breathing of being of holding myself together broke me into pieces
Skin (like the moon melted into the
sun) reached into me and strung them together: my anxieties my deep sleeps my sharp pains you
-Rosie Ninesling
Skin like the moon melted into the sun,
smooth and supple,
as yet unstained and scarred
from life's rough embrace.
She descended from the clouds like an ethereal mistress of light.
"I like it here." she said,
despite the furious shaking of heads from the miserable fellows who fled like roaches from her glow.
Warmth spread from her toes and the flowers that it awakened said hello.
She carved a hole in the Earth. And stayed there.
-Audrey Clark
Skin like the moon melted into the sun
Encompassing breaths that sooth the hearth
Treat me like you treat your evening fire
Tend to me while you sip your scotch
Gently, urge me in growth
Look at me as if an undying light shoots from my timid flames
Let my hypnosis fall over the planets your shoulders bear
Fire
Spewing out, you sit too close as to deceive me
I think I can touch you every time
You are naturally afraid of me
Fire
You will move my origins and let out a sigh in order to keep the embers orange but
faces are unseen when they are blinding
Fire
Let me burn you so you won't forget
Fumes bring tears
And light
Let us be gods and goddesses of crimson breath
And the fire
the fire beneath our feet will keep us angelic
-Chloe Curiel 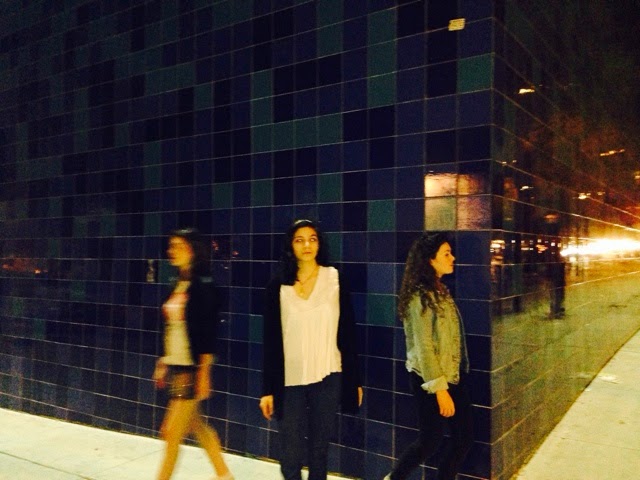