The Play is the Thing

Well, it's usually the second thing, because people are THE thing. However, the play I am in now came by way of a person I admire, the playwright, mother and wife extraordinaire, Vicki Caroline Cheatwood, who invited me to join a short story group. During the meet and greet she happened to mention that I would LOVE this new play, The Early Education of Conrad Eppler by a local playwright, Isabella Russell-Ides.

She was right. I loved it. And with a little encouragement from another member of the short story group, Kateri Cale, who by the way, is hysterical in her role as Sister Merry Berry, I auditioned.

Most of you who know me, know I usually only audition for one play a year which means I don't get to always get a part--like last year, when I auditioned for The House on Mango Street which I dearly love and thought I might have the chance to play the part of Older Esperanza. I mourned that part, but the show was awesome without me (sigh) and I was so busy with Chaz's graduation and my sister's wedding, at some point during the madness, I remember feeling relieved at not having been cast.

I don't have so much time to devote to this part of my life, since I have three teenagers who do not drive and an especially cute, but needy husband, but they usually grant me the space and time to allow me to disappear for a month or so into some creative undertaking.
My part in this play, although small, is quite fun. It has allowed me to be involved in a creative process and still be emotionally available to my family. It reminds me of something about myself I haven't finished doing. It keeps me asking, "What if . . . "

Home-Grown Plays
Posted by Unknown at 9:45 PM No comments:

Monday's Much Needed Song of the Day: Knife Fight by Calhoun

Bring it! Sometimes it takes extreme measure because,  always is never easy.  My bullets are definitely prayers. And the beginning of this song reminds me of JonnyCakes and Comrade-I wish they would be bringing the new tunes to a CD near me. But for now this other local band will have to do.  Good thing they're good, too.

Posted by Unknown at 9:52 PM No comments:

Monday's Much Needed Song of the Day: Don't Give Up by Peter Gabriel and Kate Bush

Simply and beautifully said. I say it often to myself and to the people I love. I chose the first version of the video because it is a five minute long embrace. Sometimes all you can do is hold on.

Posted by Unknown at 9:14 PM No comments:

Mondays Much Needed Song of the Day: Shake it Off by Flo and the Machine

I originally thought I'd post this as my New Year's song, but it occurred to me that this is not where I am anymore. I definitely have SO been there. From 2007 to 2010, I was in a pretty dark spot, but strangely enough, it all seemed extremely hopeful. Like Ms. Judy says, tons of tiny eyeballs being open for the first time-shocking at first and then seeing. 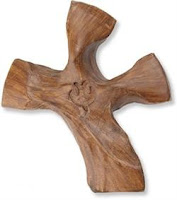 During this time a friend gave me a hand held cross. I carried it in my car for a long time, and held on to it through out the whole ordeal/blessing of the last few years. My prayer most days, was just the Word, "Jesus." I gave it away last Saturday to another friend. It felt good to be in the place give it, even though that meant someone else was not in a a whole lot of pain. I at least was able to say "I made it through. YOU WILL, TOO."

And it is hard to "dance with a devil on your back," but I never stopped. It was one of the various ways I shook him off.

Posted by Unknown at 6:20 AM No comments:

Monday's Much Needed Song of the Day: These are the Days by 10,000 Maniacs

Chris took me to see them on my 21st birthday. I felt old then. I feel young now.

Posted by Unknown at 9:32 PM No comments: