Mondays Much Needed Song of the Day: Blue By Cat Power 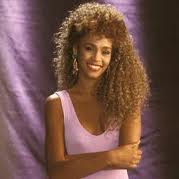 I was a teenager when Whitney Houston became famous. I was an MTV junkie and probably watched  the video for "The Greatest Love of All" more times than I care to admit. I don't know much about being famous, but these days we see a LOT of young girls get famous fast, using their talents and whole lotta sex to speed up the process.
Whitney debuted squeaky clean. She was usually fully clothed and sang mostly about love. Watching her fall apart over and over again has been disturbing. Hearing of her death made me incredibly sad.
I chose not to post a song by her, but one that makes me think of her story and others like it.

yes, that just the sound of that song pretty much sums it up.
Fradonna