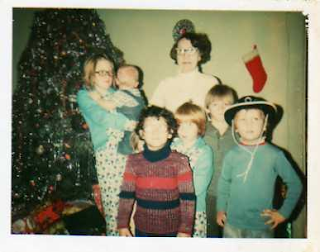 Nineteen years ago, my cousin Bobby Jack died in a car accident.
My cousins and I lived together off and on for the first ten years of our lives depending on the marital status of or our parents, so we ended up feeling like brother and sister for the most part.
When my cousin Bobby was 19, he crashed his car into a tree only two blocks from his momma’s house.  A tree limb came through the windshield and hit his head, breaking his neck.
The week before his death I gave him a ride home from jail where he had been held for an outstanding ticket he forgot to pay, which was nothing compared to the rest of our family.
He was doing well for the most part. At 19, he was an assistant manager at a fast food restaurant, owned his own car and had even moved out on his own. His heart was broken, but on the mend, he assured me and he was thinking about the future-how to make it good.
He and God were getting to be friends, he said.  He just wished he could change faster. That it could happen overnight.
Me, too, I said.
One night that week, he had too much to drink, but assured his mom he wouldn’t leave her house. After she fell asleep, he decided he was OK to drive home. Maybe he was. The tree he crashed into, on the easement in front of a small home, had been hit by five cars before. The family who lived in the home didn’t have the money to pay anyone to cut the tree down, but had asked the city to do it, with no luck.
So overnight, everything did change.
He was gone and the cousins were left with a gaping hole. Our frame of reference altered forever.
One time during a long game of hide and seek, his sister and I had given up trying to find him. We figured he’d played a joke on us and instead of hiding he’d grabbed some quarters and “hid” in front of the Pac-Man game at the Circle K down the street. Only later, when we opened the closet to find something to wear to the Super Skate, we found him hunched over on some boxes.
Belinda, his sister, screamed and shut the door. I re-opened it slowly.
"Is he dead?” I whispered leaning in close to see if he was breathing. A grin spread across his face, before he wiped away his drool.
“Y’all suck at hide and seek,” he said. We laughed for days, months, years it seemed like.
He wasn’t the first person I thought was dead that ended up being alive, so when they called to tell us he died, I assured my mom, they were lying, and I didn’t truly believe them until I sat parked outside of the funeral home waiting for his body. In some weird way, I really thought it wouldn’t show up. That it could happen like that again, and he’d walk up to my car and ask me why I was listening to that new-wave crap and make me let him drive us home.
I still cry every time I think of him. I still expect him to walk in every time we are all together.
I want to hold his baby on my hip at Thanksgiving and feed her chicken and dumplings. I want to line up at the scrimmage line and hear him trash talk me so bad, I’d be tempted to bust him in the mouth, like old times. I want him to pin me down, knees on my hands, while he dangles the grossest loogie over my face or give me the worst bruise from his cruel game of “frogger.”
If he’d been alive last summer, he’d have showed up to my grandma’s birthday party in his Hank William Jr. t-shirt and hop on the picnic table and nail the dance to Beat It, or Billie Jean, or Thriller while we all stood in awe of his still golden, lanky body and what my Grandma still calls, the worst/best “shit-eatin’ grin” she’s ever seen.
But he’s not alive and I still miss him.
He’s not here, and after all this time, I ache to have that country punk back.
Posted by Unknown at 9:35 PM