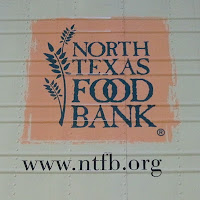 I ran my first 3K last month at the Dash Down Greenville to raise money for the North Texas Food Bank. My goals were to finish in under an hour, to NOT come in last place  and to RUN the WHOLE time!
And I did it!
*I finished in 37 minutes in keeping with my stellar 12 minute, junk in tha trunk, big booty Judy, mile.
*I finished with plenty of people behind me, and plenty of people before.
*And I ran the WHOLE TIME! 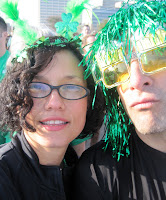 I was pretty stoked even though I felt like I was going to puke because I had never ran a whole three miles at one time without stopping. I think I was motivated by mob mentality. 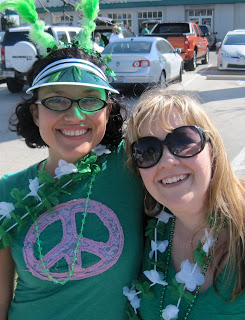 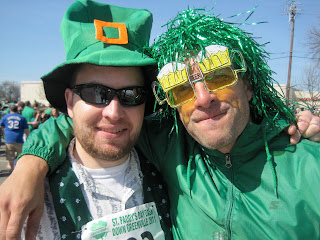 We had not planned on running. Our friends, Clark and Sarah, invited us to the parade and the Toadie's concert after, but we decided the day before to DO IT!

Clark said the race should be called the St. Paddy's Booty in Your Face Race because there were so many girls in short, shorts.

And it made me wonder . . . What is that crap and how do we eradicate it?


I know it's not an ethical, or virtuous cause. No small children or cute animals are being hurt by massive amounts of cellulite. It's not finding it's way in elementary schools and causing brain damage or destroying the environment.

But then, as we sat there in the crowd watching the people who were watching the parade, I became less annoyed. At least for the time being, nobody cared. If mob mentality can influence me to finish a race without stopping, then maybe it could influence me to not care about the spacklin' on the back of my thighs. Like Maya Angelou says in her poem, We Alone:

"This could be our revolution: to love what is plentiful as much as what is scarce."

Or, we could just wear embellished sweat pants like my fellow runner here:) 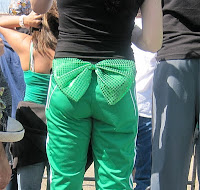 Here is a little clip where you can see Clark and Chris answer the magic question.
Posted by Unknown at 8:12 AM