Chris and I had a sweet time this morning before starting up Jubilee and heading out. We were going the opposite way of traffic, thank God! We made it to the suburbs and stopped to grab some transmission fluid when we stumbled upon Ramona, also known as Moca D, who seemed skeptical but said she had asked for discernment and the Holy Spirit told her to say " alright, tell me the story. What's the story
behind the bus."
We talked for an hour and were mutually encouraged. She was spreading the love to us on our last legs of this journey.
She almost convinced us to stay in California and gave us some cool ideas for raising funds. Her family has a website called eotm.com. They mainly encourage entrepreneurs. Which is awesome because I am coming back with a new version of an old idea.
Down the road a ways Chris saw a young girl hitching a ride, so we turned around and picked her and two friends up.
They were fresh off a cross, cross country trip and had finally given up on their VW van that they flipped into the side of a mountain in San Francisco. We know about some hills after this trip. We decided to see San Francisco another time;)
Riley, Joe and Tim hopped on with their Dog Brody and we were off to Flagstaff!
It got really HOT for awhile , but we knew we were headed for mountain weather;)
Our conversation ran the gamut. Rainbow Gathering, God, organic farming, bus flipping, busking, books, music, dominoes, body funk, the runs, and peace which seemed to fall over us all as Jubilee climbed the mountain into the cool mountain air.
We let our riders out on the edge of Flagstaff, and said hello to Spencer who we met on the way to Cali. He gave us se cantaloupes and headed towards McD's and free wifi. We arrived to find no outlets and with our ghetto copyists that wouldn't fly. We were able to loan Lyle some jumper cables for the short time we were there and headed to Bookmans where I had the best bookstore coffee house service and coffee and we ran into a youth group from Carrolton, TX.
Weird. I told them if they saw us on the side of the road they had to pick us up. They laughed.
I didn't. 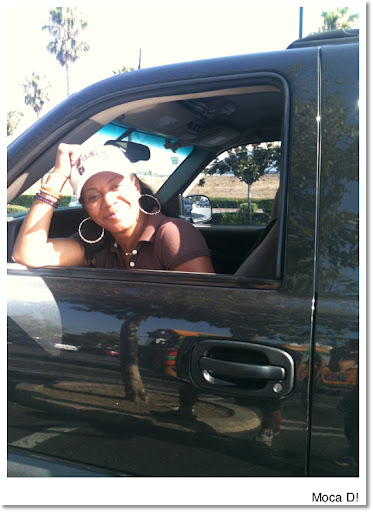 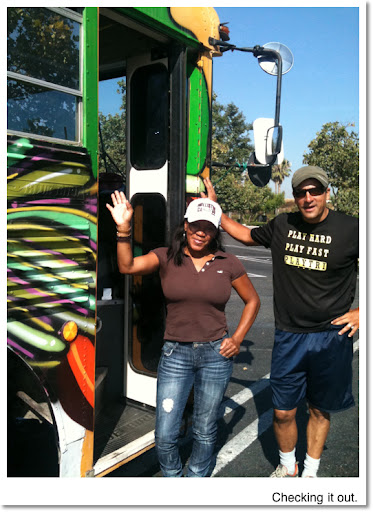 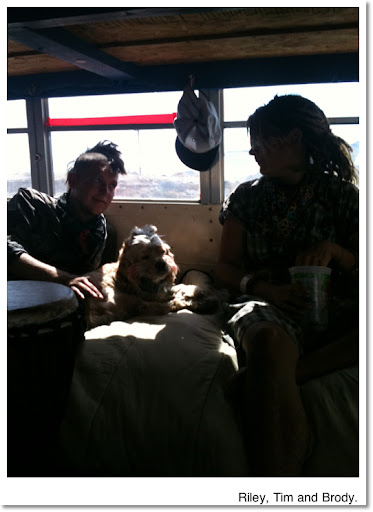 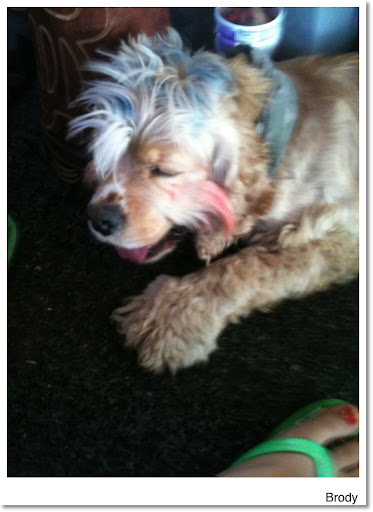 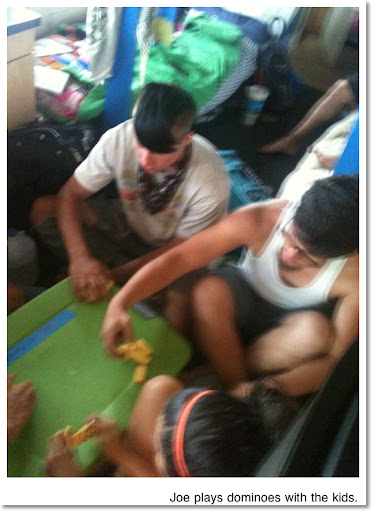 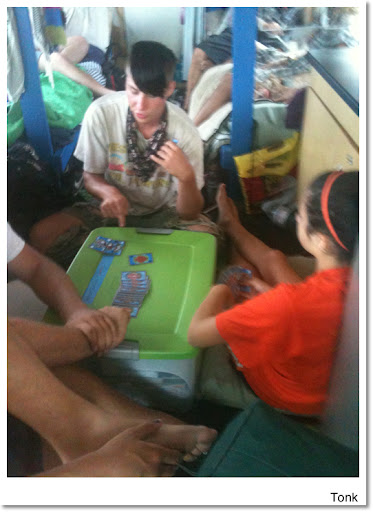 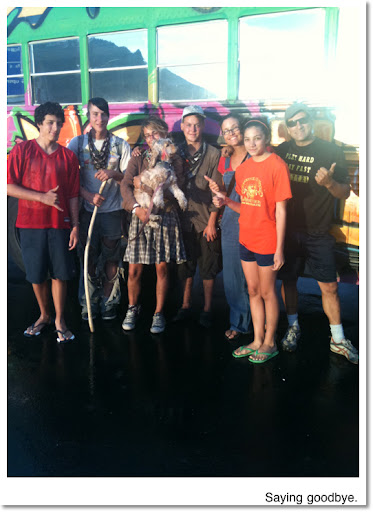 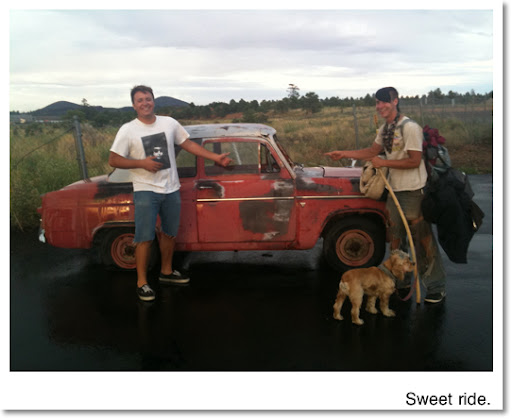 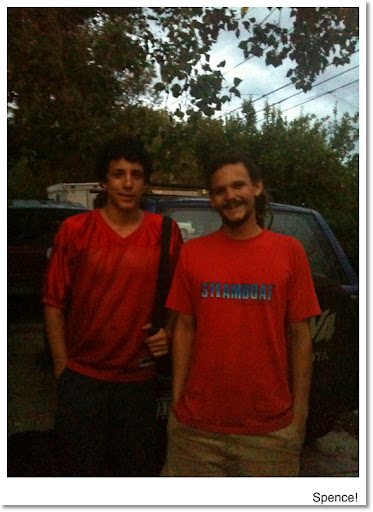 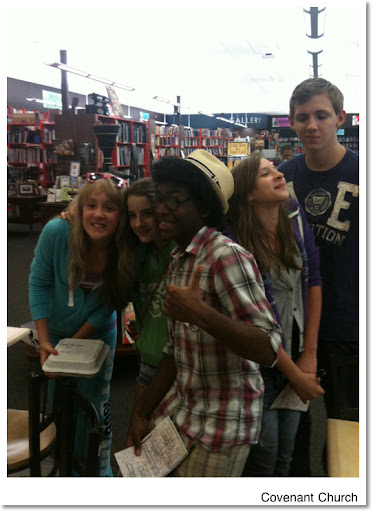 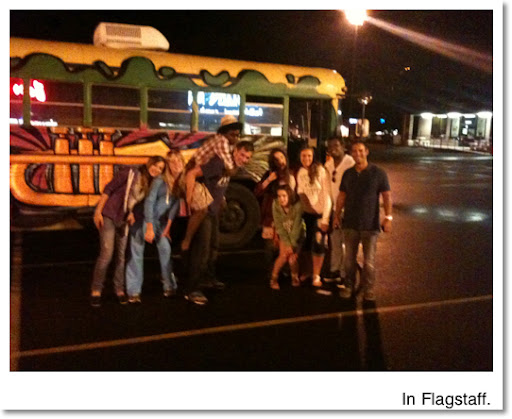 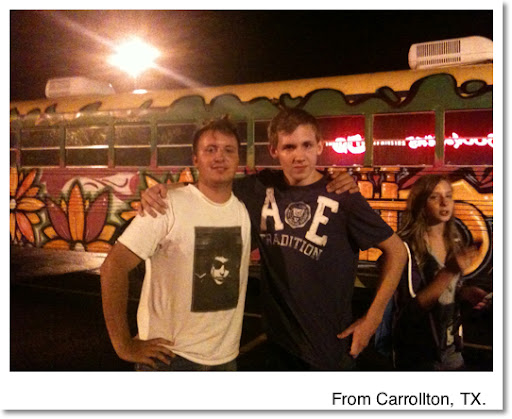 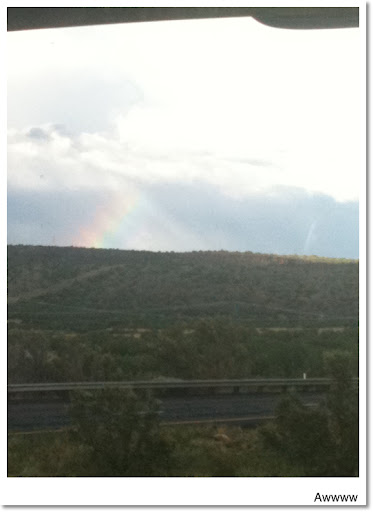