A few of my friends decided that Mother's Day should be at the end of July. May is too busy with weddings, awards banquets, graduations and all. We have to rush, rush, rush just to RELAX for a day.

The kids made me French toast for breakfast and showered me with some interesting gifts: a hand-made bouquet of feather flowers, some finger nail polish, a kite, and lots of questions about the kind of skates I want. 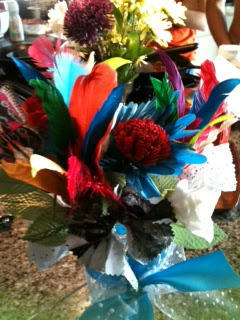 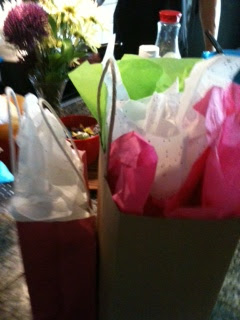 Even though I didn't get to see my mom, or any mom-type units on Mother's Day, I had a great Mother's Day. My own tribe agreed to be dragged to Fort Worth to watch the final Dallas rehearsal for She: Bike, Spoke, Love. They actually paid attention and Chris even said one of my monologues was "chilling." 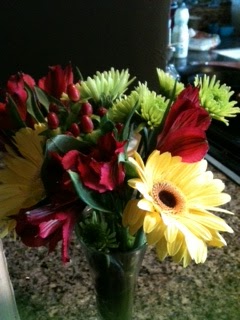 We came home, where Chris gave the fish he and Chaz caught, a hot-oil bath and we stuffed our faces and played one of those complicated Cranium games which was pretty hilarious. Chris and I kicked the little kids' tails and then we watched Breakfast at Tiffany's:) 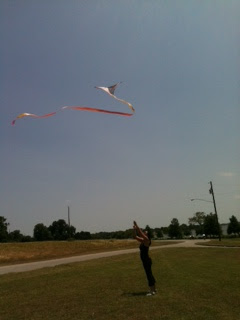 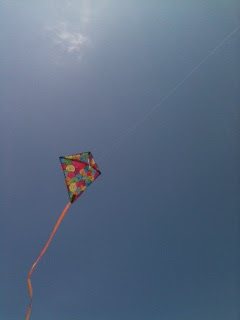 I didn't get the chance to fly my kite until this week because these last months have been such a booty kicker.
It's simple, but pretty.
And randomly, two days before Father's Day, to make up for the skates I didn't get, Chris bought me a bike:)
That's cool. I don't mind spreading the holiday out.
Posted by Unknown at 8:09 PM